Roatán, August 30. Aeropuertos de  Honduras will hold the VI International Airport Quality Congress “Honduras 2017, with the theme:” Air Transport and Quality; Essential Aspects in the Development of Tourism, “will be held on August 31 and September 1st in Roatán, Bay Islands and will have the participation of international experts in airport experience.

The objective of this Sixth Airport Congress is to involve the operational actors and governmental entities, which are a part of the system of procedures of the airport activities to promote tourism development through the use of air transport with quality. In addition to increase air connectivity which will boost the sector attracting new airlines, increase passenger traffic, increase freight s and courier services.

The lecturers will present their experiences held in each of the institutions ithey represent. Among them are: Mrs. Fabiana Todesco, representative of the Ministry of Transport, Ports and Civil Aviation of Brazil, Jaime García Méndez, Vice President of Planning, Risks and Environment of the ANI of Colombia, Jorge Rosillo, Manager of the Ecuadorian Galapagos Ecological Airport, Samuel Véliz, International Consultant in Operational Systems of Chilean Airport, Liliana Mesa, Quality Manager, Punta Cana Group of the Dominican Republic and Kattia León Head of Quality AERIS of Costa Rica..-

Within the Airport Congress, important topics such as the tourism industry, air transport, technology as a platform for development, airport quality management, facilitation and operational safety, among others, will be analyzed

Edgardo Maradiaga General Manager of Aeropuertos de Honduras said that “it is very important that we have this type of experience, so that we can share relevant knowledge about  airport operations which we can put into practice within the four airports we have in charge and that contribute to the development of the country. “

As a contribution to the country’s development, we have contributed to making Honduras a tourist destination. During the administration of Aeropuertos de Honduras, passenger traffic and the number of airlines have tripled by 2.1 million tourists traveling through different air terminals to various destinations around the world.

Aeropuertos de  Honduras reaffirms its commitment to the growth and development of the four international airports of Honduras and works together with all sectors involved in strengthening the airport and air transport industry to promote tourism development and economic growth in the country. 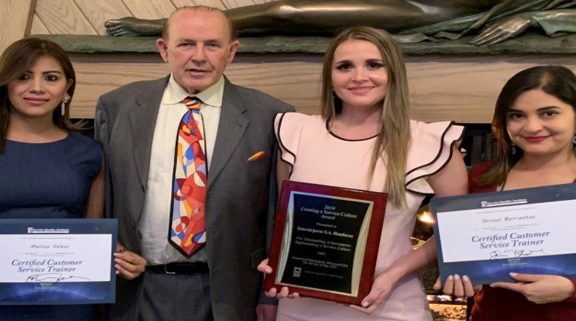