Tegucigalpa, January 29. Aeropuertos de Honduras  are among the countries in the region with the most competitive airport fares in the region. It is the only country in the region that operates with four international airports.

Panama is one of the countries with the highest rates in Central America. The airport fee is US $ 54.50, while in Nicaragua it is US $ 50.23. The tariff of Honduras is established with a charge of US $ 34.74 collected by the concessionaire and of US $ 13.70 received by state entities, which amounts to US $ 48.44 per passenger.

Then it is followed by the Liberia Airport of Costa Rica, which has a fare of $ 46, the Oscar Arnulfo Romero and Galdámez , El Salvador Airport with a charge of 37.13. Guatemala’s La Aurora airport has a charge of $ 33 per passenger.

In the particular case of Honduras, the collection of the Airport Tax is distributed among several state agencies and the concessionaire. The Concessionaire’s income is US $ 22.79 and pays a Canon of US $ 11.95, which is deposited in the General Treasury of the Republic. Of the additional US $ 13.70 collected by the State, US $ 2 is Security, US $ 2.70 from OIRSA and US $ 9 from Migration.

Of the total of all the collection of the airport taxes, the State directly receives 53% of the total revenues and the Concessionaire 47%, explained Edgardo Maradiaga General Manager.

With that percentage, which represents the amount of US $ 22.79 per passenger, the operating expenses of the four air terminals are financed. Of this amount, about 46% is distributed in payments  that include  different types of  taxes and fees. The remaining 44% is used to pay suppliers and maintenance including salaries, social investments, and new works in the terminals. When discounting the Concession Canon that Interairports pays and compares with all other tariffs in the area that DO NOT PAY CANON, the cost of the fee would be very competitive, Maradiaga added.

Regarding the operation of new airlines, Edgardo Maradiaga points out that when the concessionaire was received, 4 airlines operated and currently 18 passenger airlines operate.

The Interairports concessionaire has been a pioneer in the region in the search for new airlines attending the global and regional forums (ROUTES) since 2007. In these world events, industry and airline suppliers meet. As a result of the most recent meeting, we can anticipate that a new airline is making legal records to operate in Honduras. This is the InterJet Airline that will operate at the Ramón Villeda Morales airport in San Pedro Sula, starting in April. At the same time, the low-cost pioneer airline SPIRIT increased its frequencies to 15 weekly operations with direct routes to Miami, Fort Lauderdale and Houston.

Comparative chart of airport charges at the regional level 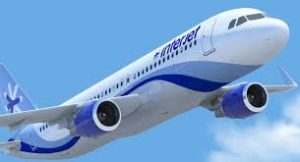