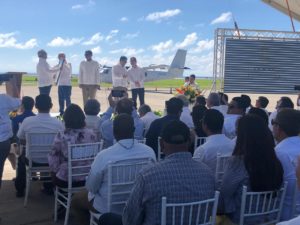 It is approved by Civil Aeronautics and endorsed by ICAO

Roatán, December 17. The Juan Manuel Gálvez International Airport of Roatan becomes the second airfield in the country that receives certification from the Aeronautical Authority, under the regulations of the Honduran Civil Aviation Agency and the International Civil Aviation Organization (ICAO), said Edgardo Maradiaga, General Manager of Aeropuertos de  Honduras.

The certification is achieved after technical work in accordance with the specifications contained in the aeronautical regulations called RCA-139 and after complying with the preparation of the Aerodrome Manual and related documents such as the airport emergency plan, disabled aircraft plan, manual of avian danger, maintenance manual, safety manual, operational procedures and detailed airport plans.

“It is certified in order  to establish the potentiality  and limitations  that posses  the category of international airport. In addition, it generates an economic benefit for the country by providing confidence and security in its users, ”added Maradiga.

To achieve certification, members of the Honduran Agency of Civil Aviation and Aeropuertos de  Honduras worked hand in hand and in order to comply with current regulations executing a five-phase plan.

Benefits of  the certification

The benefits of certifying this airport allow to officially transmit to the world that safer operations are guaranteed, the compliance with the ICAO Recommended Standards and Methods (SARPS), embodied in the national regulations, effective control of operational safety, promotion and assurance to existing and new airlines operating in certified airports.

The above has been possible due to the intensive training of all operational personnel by national and international consultants, which allowed them to have the capabilities for the development of their own methodologies and management systems and applicable exclusively in this international airport, with knowledge managed by Honduran staff.

The airport passenger terminal was built by a Spanish consortium and opened in 1995, today it accommodates both commercial and private as well as international and domestic traffic.

During 2019 to date the influence of passengers at the airport has been almost 450 thousand between nationals and foreigners, it has 10 International airlines, American Airlines, with destinations to Miami and Dallas, Delta Airlines, traveling to Atlanta, United Airlines to Houston, Avianca to El Salvador, Cayman Airways to Grand Cayman, Air Transat to the city of Toronto and Montreal, Sunwing to Toronto and Montreal, West Jet to the city of Montreal, Tropic Air to Belize and TAG traveling to Guatemala and El Salvador, and there are four national airlines, Sosa, CM Airlines, LANHSA and AVIATSA with destinations to La Ceiba, Tegucigalpa and San Pedro Sula.

Aeropuertos de  Honduras is a company committed to the growth and development of the country’s international airports and works together with all sectors involved in the airport and air transport industry to promote tourism development in Honduras. 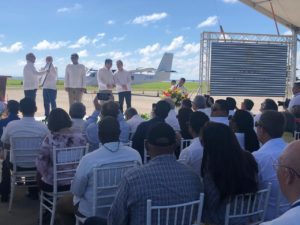 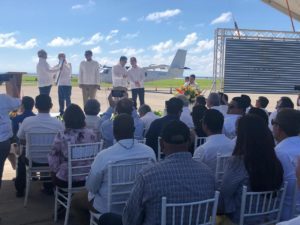 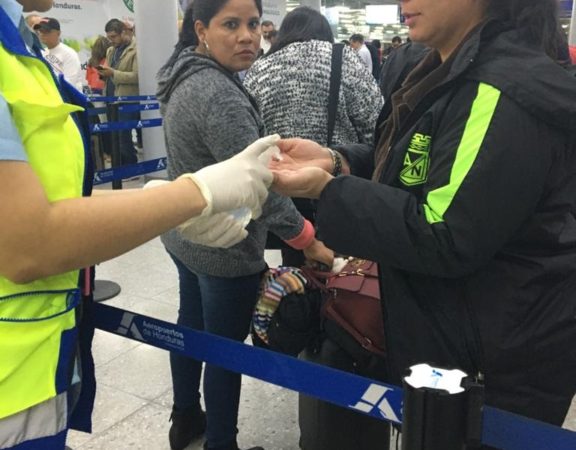