35 miles from the Honduran coast, the island of Roatán, huge tourist attraction and home to the only international airport of the island region is located. The current airport was built by a Spanish consortium and opened in 1995, today accommodates both commercial and private traffic and international and domestic, with annual numbers rising.

The story is told in the first flight that arrived to this airport was in 1964 a Cessna 206 aircraft type operated by the company AEROSERVICIOS; the track was very short and there was no land and terminal pasajeros.-operated only domestic flights, the special was between La Ceiba and Roatán.

Over the years the company SAHSA built a small hut and were adding to these facilities, but it was not until 1993 that available to the central government of Honduras that the construction of a new international air terminal was appointed. Your name JUAN MANUEL GALVEZ receives in honor of former Honduran President, but commonly known as the Roatán International Airport.

The Bay Islands in Honduras, Honduras offer a very different aspect of the rest of the country. Its history, which includes many disputes about the power of the islands between the Spanish crown and the British during colonial times, has given them a very special character. There are several islands in the department, among which Roatán, Guanaja and Utila, which are the largest. Of these, the one with largest tourist infrastructure is Roatán.

The three main islands of the Bay Islands are:

National Geographic Traveler  It includes among Roatán 10 world's best destinations for summer. Roatán, the largest and most developed of the islands, has the second reef system of the world's largest coral. Apart from white sand beaches and turquoise waters it has mountains with spectacular views and a fresh climate. Please click below to see what offers this particular island.

Roatán has several communities, of which the largest, and is departmental head Coxen Hole, which is named after one of the many pirates who made history on the island. Coxen Hole is the port where the ferry arrives MV Galaxy, which unites Roatan with La Ceiba, and is closest to the Roatán International Airport population.

It is without doubt the commercial heart of the island and has an extensive range of shops, souvenir's, restaurants and small hotels. Among the hotels in the town highlights the Cay View Hotel.

For tourist purposes, it has divided the island of Roatán in seven broad areas:

Utila is the smallest and the closest island to the mainland. The atmosphere is more casual in general. According to legend, Robinson Crusoe lived in the island for 27 years after his ship was destroyed. The island is flat and only has one mountain (Pumpkin Hill).

Guanaja is one of the three Bay Islands, Honduras in the Caribbean. It is located approximately 70 kilometers north of the coast of Honduras, and 12 kilometers from the island of Roatan. One of the keys of Guanaja is also called Guanaja or Bonnaca, or simply El Cayo (The Key).

In late October 1998, most buildings and houses on the island were affected by Hurricane Mitch. Islanders in the same month fixed the damages. It is an island visited by tourists. It also has many mangroves and pine forests that may be visible from satellite images. 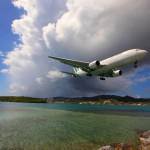 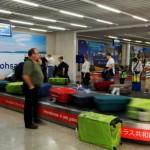 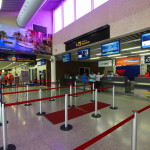